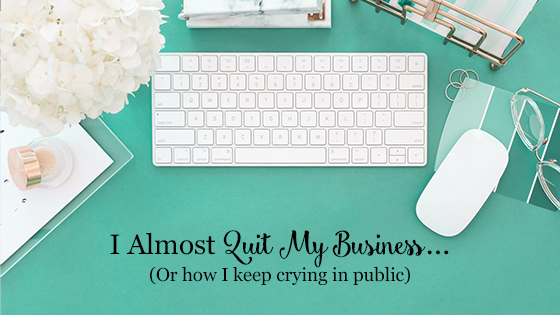 I seriously thought about quitting my business…

Or at least getting a J-O-B while doing my business on the side.

Which is a little crazy to think about because the last time I put together a resume was in 2002, when my only real experience was student teaching.

Let me paint the picture.

I had just finished up an amazing week long challenge around creating Facebook Ads. (Yeah, this was only a couple months ago, you might remember it.)

The challenge was so much fun, especially the hot seat sessions where we dove into Facebook Ads strategy 1on1.

At the end of the challenge, I offered a VIP option for Facebook Ads 101 that was packed full of SO MUCH value…

And nobody took me up on it.

Now, that’s not really true.  It wasn’t a reflection on me or the value I was offering.  I got quite a few emails from people who wanted to join but couldn’t afford it at the moment and some from those whose businesses just weren’t ready for it yet.

But because nobody bought the VIP course that I was focused on promoting, I felt like a failure.

So much so that I seriously considered getting a job.

Now the last time I had an actual job was teaching elementary school for 8 years. It’s been more than a few years since I quit, so the last time I created a resume was when I had just graduated college.

I decided to talk to some of my entrepreneur friends about this idea of getting a job, which was kinda perfect timing since I was headed to Social Media Marketing World, where I was surrounded by entrepreneurial friends.

Most friends asked questions around actually finding a job, like “Could you really handle a 9-5 anymore?”

Honestly, I’m not sure.

But then one of my friends, who also happens to be a business coach, asked the exact question I needed to hear, which led to the first of 2 epiphanies.

“Are people asking for that service?”

“Then why don’t you focus on that.”

Focus on the service that people are asking for, that you love.

She then started asking me about who my ideal client was and what characteristics they have.

And the wheels began turning about how to focus more on the one-on-one sessions and Facebook Ads Management.

Then epiphany #2 happened on my flight home from San Diego.

I had downloaded a bunch of training sessions from a mastermind of sorts that I’m in with Nicholas Kusmich and used the flight to watch (and take copious notes) of session after session.

Up until this point, I said I served health and wellness businesses, which is true.

He talked about Apple’s why. 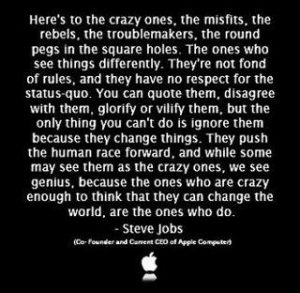 Apple sells tech products. Phones and laptops like the one I’m typing on right now.  But their why is a core belief and their products are simply an extension of that core belief.

You probably know it.  They’ve run commercials stating it.

“Here’s to the crazy one, the misfits, the rebels, the trouble-makers, the round pegs in the square holes.  The ones who see things differently… And while some may see them as the crazy ones, we see genius. Because the people who are crazy enough to think they can change the world, are the ones that do.”

And in listening to this quote, this core belief, this why they serve who they serve, I had epiphany #2…

This was also the point  where I started crying.

Way too much crying to be in a fully packed plane with people sitting next to me.

(I hate crying in public.  But at least they were tears of joy and excitement.)

The clients who make me the most excited, who inspire me, the ones I love working with, and the ones I want to work with in the future are the ones who are changing the world.

And helping those who are changing the world and making it a better, kinder, more joy-filled place is the best way I know to help change the world.

(Oh crap, now I’m tearing up in Starbucks while writing this because it just feels so real, and exciting, and inspiring. Have I mentioned how much I hate crying in public?)

I’ve struggled a lot with visibility for myself.  (I do a really good job of hiding away, being the best-kept-secret.)

But I’ve always been really amazing at making others shine.

That is my super-power.

And so, I’m making some big changes based on these epiphanies.

Second, who I run Facebook Ads for is shifting.

From this point on, I’m only accepting clients for Facebook Ads Management who are out there changing the world, making it a better, kinder, more joy-filled place.

So, if you’re one of those people who is changing the world and you’d like to impact more people through Facebook Ads, I’d love to chat.

Click here and let’s schedule a time to see how I can help you change the world even faster. << 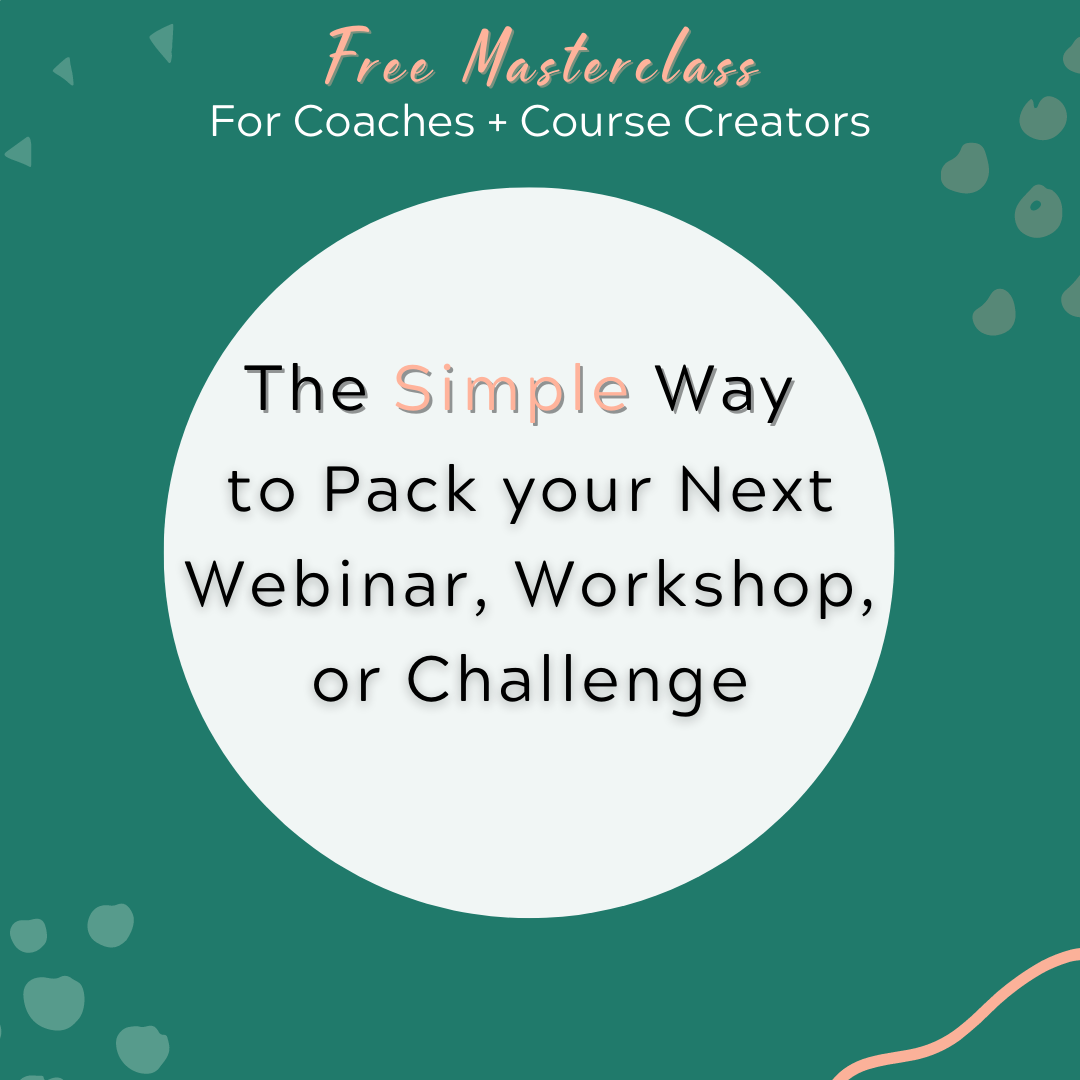